my journey through faith, homeschooling, autism, and life

We went out to eat last night and we ordered the usual for Handsome…fried chicken tenders and french fries…Is there any other food group? Amiright or amiright? We also always have to order him yellow lemonade with no ice in a kid’s cup with a lid. Usually it is not a problem. But last night, the cup had to be red instead of clear. Oh dear.

I get it, I really do. Family restaurants want to have fun activities and take-home cups for the children who order off of the menu. Of the countless children who will order off of the kids menu every day, few if any, will have an issue with the color of the cup. I just wish there would be available a basic cup for individuals that may have an aversion. Granted, it would have to be something a parent would have to ask specifically for. But sometimes when a family comes in, you don’t have to second-guess if they’re dealing with autism or some other special need. I do believe we fall into that last category.

Handsome’s drink came in well before his food did. He was hangry. And after getting some tablet time earlier this week, he was also demanding the tablet be returned to him, after all, we are out in public and he’s about to kick it into high gear to get his way. Manipulative little punk that he is. {Oops, inner dialog needs to hush.}

Well, yellow lemonade in a red cup did not go over so well. We finger-spelled “lemonade” two or three times and made the sign for lemonade as well. That was not good enough. He did not trust me. We all tried to tell him, it’s yellow lemonade. He was having no part of that. Probably because we lie to him all the time {{eye-roll}}.

I was about to give up and ask our waitress if she could kindly bring him more lemonade in a clear cup or glass, when I had this brilliant idea. Well, it ended up being a brilliant idea. After several minutes of trying to coerce him to believe me that the lemonade was yellow, I decided to open the lid of the cup to verify that it was indeed yellow lemonade. I’ll admit, I was only pretty sure it was up until that time, my confidence was because of the lemonade picture in the menu showed it to be yellow, but I did not personally check it until that moment.

As soon as I lifted off the lid to look at the liquid inside of the cup, Handsome leaned in to look, too. Apparently he recognized his favorite color lemonade, motioned my hands to put the lid back on, and he started drinking his lemonade. Three cups of it over the course of dinner. Of course I am also washing his bedsheets this morning, but that’s beside the point. He drank the lemonade.

It’s the little things. It really is. And not so little…check out the mouth. A big improvement on the infant tongue thrust (orofacial muscular imbalance). He’s still does it, but at least his tongue is not outside of his mouth anymore. 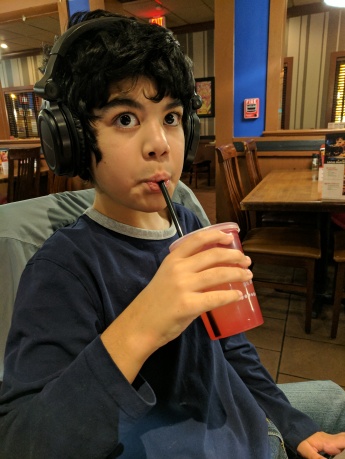 Here’s another picture of him that I just love. After you get finished seeing how striking and mysterious his eyes are, check out those pursed lips. He was chatting away. 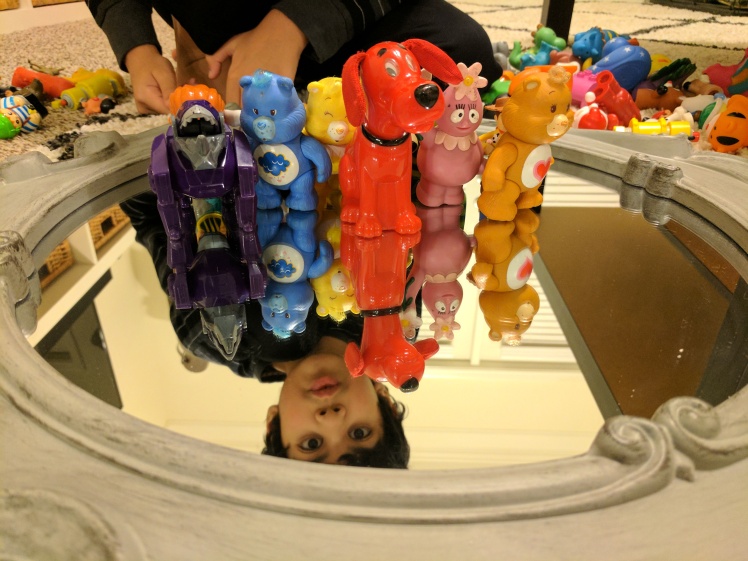 Be blessed today. Yellow is good. Unless it’s snow.

Ooh, side note…our house in Florida is officially under contract. Yay!!!

"That's what I'm talking about!"

With a hop, skip and a jump

'And above all, watch with glittering eyes the whole world around you because the greatest secrets are always hidden in the most unlikely places. Those who don't believe in magic will never find it.' Roald Dahl

The Did You Know Guy

Learning natural ways to cope with life and health struggles

Laugh A Little, Learn A Little

The Site of Author Jeff Davidson

Encouragement for the next generation of homeschoolers.

Promoting meaningful connection between churches and families of kids with disabilities for the purpose of making disciples of Jesus Christ.

Found Who I Am

Christian teens encouraging others in their walk with Christ

Teach Your Kids the Bible and Christian History